Our Trustees come from a range of backgrounds and all have a passion for the Rangitoto’s history and way of life including the communities and preservation of the landmarks. 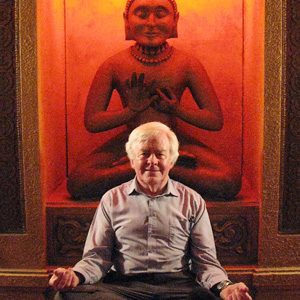 He qualified in architecture after growing up in the inspiring heritage town of Oamaru, and spent most of his professional career leading the process nationally of identifying, assessing, and protecting historic buildings, objects, places, trees, archaeological and scientific sites, engineering structures, and cultural locations. He has, during his long-term role as Heritage Manager and Principal Heritage Advisor at Auckland Council, led numerous heritage restoration projects such as the Greys Avenue Synagogue, the Ferry Building, the former Customs House, the Princes Street Merchant houses, Parnell Baths, the Auckland Town Hall, the Civic Theatre, St Patricks Cathedral, the Pah Homestead, and currently the St James Theatre. He initiated the formal district plan protection of buildings and places on Rangitoto, and started the Auckland Heritage Festival. He has been active in archaeology in New Zealand, the Pacific, and the Middle East. He is now retired from the council and is a consultant heritage advisor.

In 2016 he was appointed as a Companion of the NZ Order of Merit (CNZM) in the Queen’s Birthday Honours for services to heritage preservation. 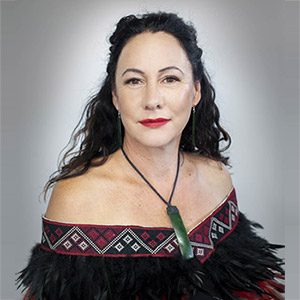 Jo is an Auckland based business woman of Ngati Kahungunu descent. Growing up in Tamaki Makaurau Jo has a passionate connection to Rangitoto Island.

She is the owner of Aotearoa’s largest costume and prop hire company, First Scene – the preferred supplier for the international film and TV sector. Jo has an extensive background in event management, educational industry training and SME business management. She also mentors women participating in life education programmes.

In 2022 Jo received the Order of New Zealand Merit in the Queen’s Birthday Jubilee Honours, for Services to the Events Sector and Community. 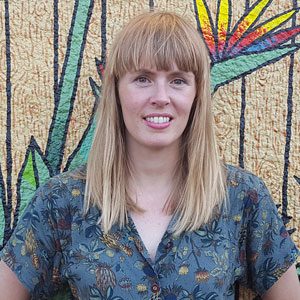 Marieke Is an Arts and Culture Advisor at Auckland Council. Her expertise spans strategy, placemaking, political and community engagement, event organising, and project management. Her favourite role was Placemaker for public spaces in Wynyard Quarter, Silo 6 and Silo Park, early in the urban regeneration of Auckland’s city centre waterfront.

From Dutch heritage, Marieke’s interest in the Rangitoto baches comes from a preoccupation with bach culture that is uniquely kiwi. It’s a part of our cultural heritage she thinks is worth saving for the benefit of all New Zealanders. 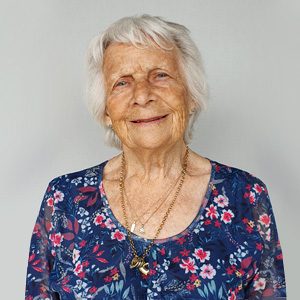 Shirley was one of the leading instigators in forming the trust in 1997 and has played an integral role as Treasurer since that time. She has been a regular visitor to the Collins family bach on Rangitoto since her marriage to Alan Collins in December 1958. The Collins bach received a lease in November 1911 and has been in the Jones/Parker/Collins family since then and now 4th, 5th and 6th generations enjoy the experience of Rangitoto bach life. Shirley continues to be devoted to the preservation and restoration of the baches under the care of the trust. 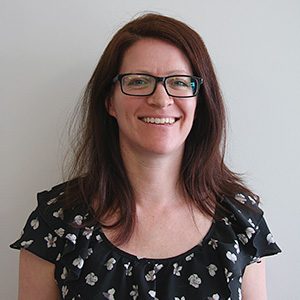 Cushla has been in love with the Hauraki Gulf and its islands ever since her summer on Kawau Island working for DOC in 1994.

She adores the unique landscape and birdlife of Rangitoto and the restored historic baches. A Christmas holiday spent in Bach 78 was very special.

Cushla is an environmental consultant with Wilkinson Environmental. She helps businesses and building sites to prevent water pollution and to divert waste from landfill.

She is the only trustee to have swum to Rangitoto from the mainland, a distance of around 6km. 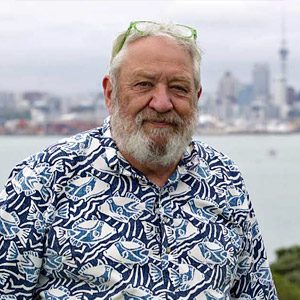 David worked as an archaeologist and historian for over 30 years and on retirement was the Department of Conservation’s Auckland Heritage Manager. His involvement with Rangitoto Island goes back to childhood and the management of the island’s heritage was part of his work at DOC.

He is also an author and has published books on the history of cookery in New Zealand, an award-winning book on archaeology for children and a history of toys and children’s play.

David is a member of the Auckland Council’s Heritage Advisory Panel, a trustee of the Frank Sargeson Trust and a committee member of the Devonport Museum. 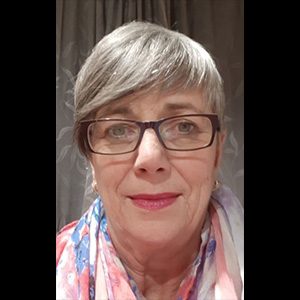 Elizabeth has been involved since the inception of the Trust where up until early 2020 she was the Chair of the Board of Trustees. Her connection to Rangitoto is through her husband’s family who have one of the most well known of the baches and connections to the island, Vi Leech and Rag Noble, unofficial Queen and King of Rangitoto Island.

During the early days of negotiation with the Crown Elizabeth was able to navigate the complexities of saving the buildings from removal with the assistance of the late Jim Mason and Susan Yoffe and continuing Trustee Shirley Collins. Pulling together support form heritage preservation advocates, the bach community and local authorities, several baches been saved for use by all New Zealanders.

Elizabeth is also an avid archer, having represented NZ in the sport as well as official roles. She has a back ground in textiles which remains a passion. 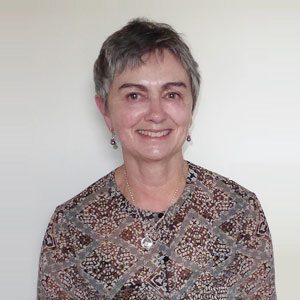 Her love of Rangitoto Island began with a stay at the Girls Brigade bach at Islington Bay in the 1970s. Elspeth has been a member of the Rangitoto Island Historic Conservation Trust since 2008 and a trustee since 2016.

She currently overseas Bach 38, the Rangitoto Island Bach Museum, and manages the large team of volunteers who open the museum each summer. 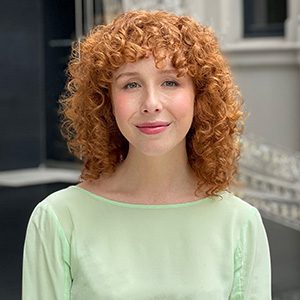 Justine is a researcher in the arts, museums and heritage sector. Her passions are Aotearoa’s local and national history, Māori Art History, and community engagement with galleries and museums.

Justine spent many summers staying in baches on Rangitoto Island as a child and teenager, and treasures these adventures along with the island’s distinctive history. She has worked in television (including work on the Rangitoto baches), archives, libraries, and most recently with the Māori textile collection in Auckland Museum, Tāmaki Paenga Hira. Currently Justine is a PhD candidate in Museums and Cultural Heritage at the University of Auckland, and tutors in Art History.