The last lessee was the Arrowsmith family. It was built pre 1937 as a private bach.

The bach on site 78 has the basic rectangular plan with an additional lean-to at the rear. It has a gable roof with eaves all round.  The soffit is unlined. The verandah has been enclosed with multi-pane glazing on both sides of a central entrance.  There are three different claddings used, a variety of bungalow windows and a villa door.  The bach presents a glazed low wall and parallel roof edge to the sea. The verandah was enclosed before 1941

History of Bach 78: In 1937 the bach was owned by T O’Connell ( a catholic priest).  By 1955 the bach had been bought by D L Arrowsmith, a catholic engineer. (Catholic Mass used to be held in the Hall).

This bach has significance as a representative of an identifiable vernacular Rangitoto bach. Its feature include many aspects of the bungalow/cottage, low roof, ridge parallel to the sea, extensively glazed to sea view.  These effects are achieved with salvage materials and improvised building techniques.  The ‘typical’ vernacular bach originally was built with the verandah which was later enclosed.  Bach 78 has significance due to its prominent position & visibility from the Islington Bay wharf. 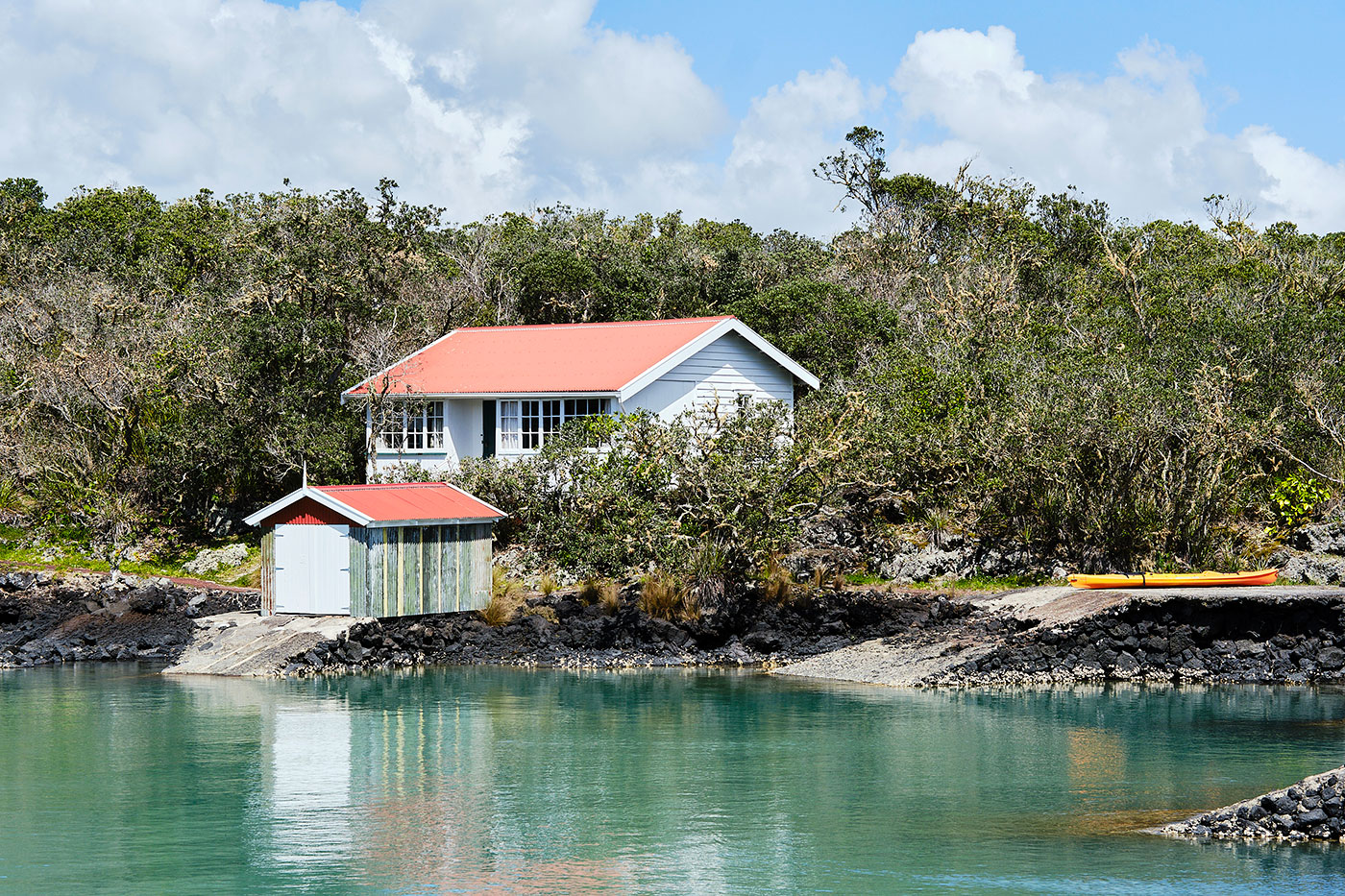 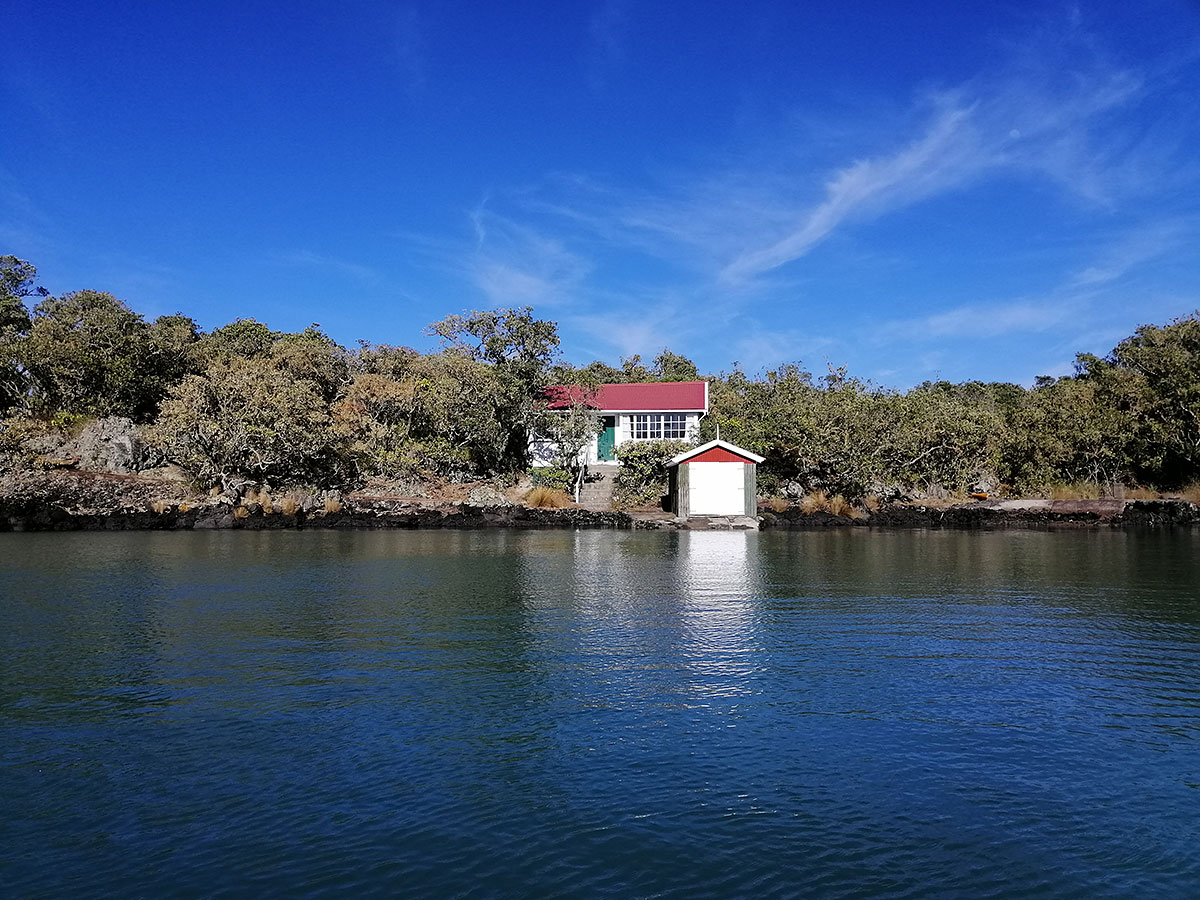 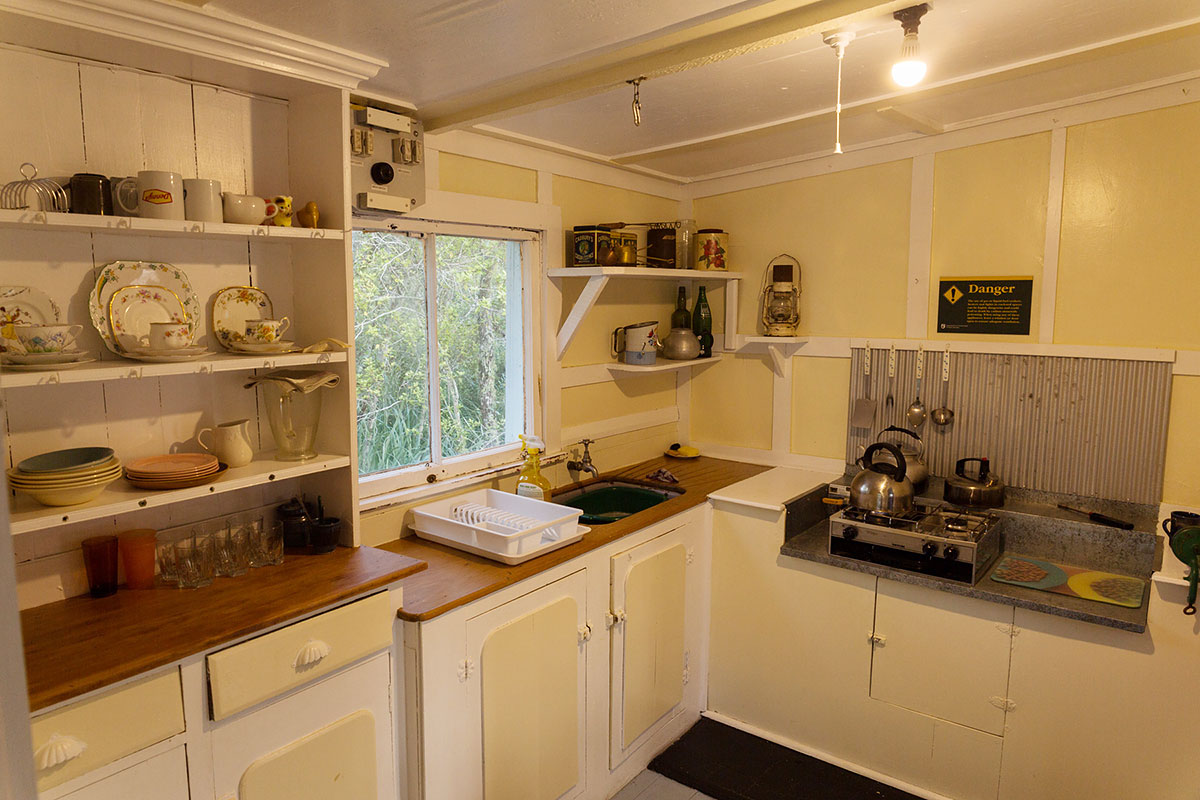 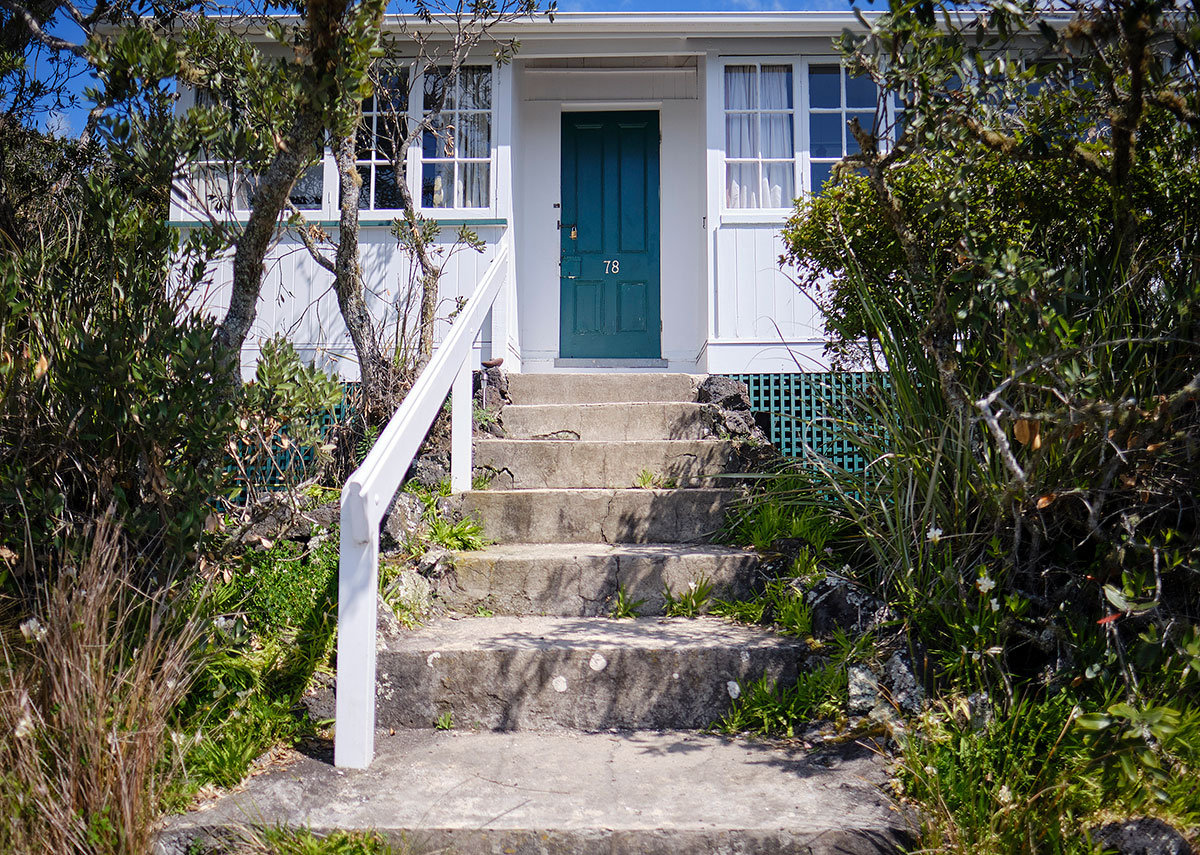 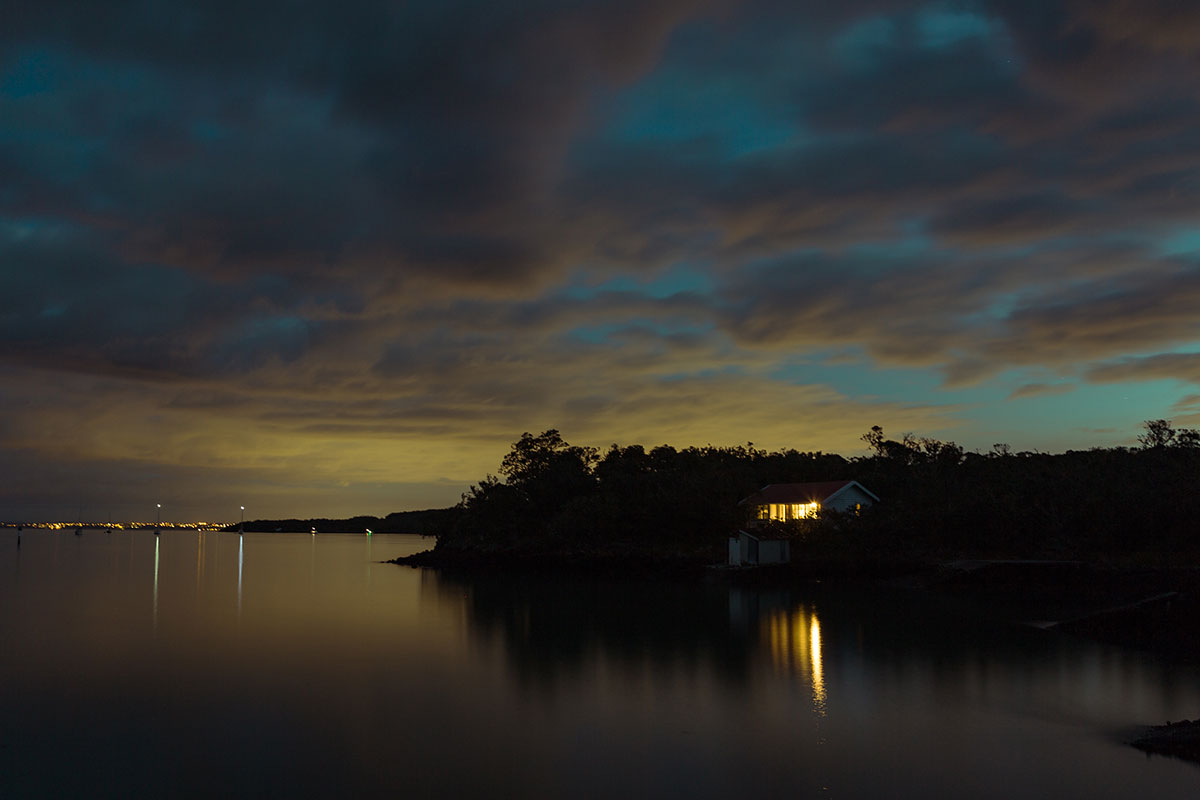 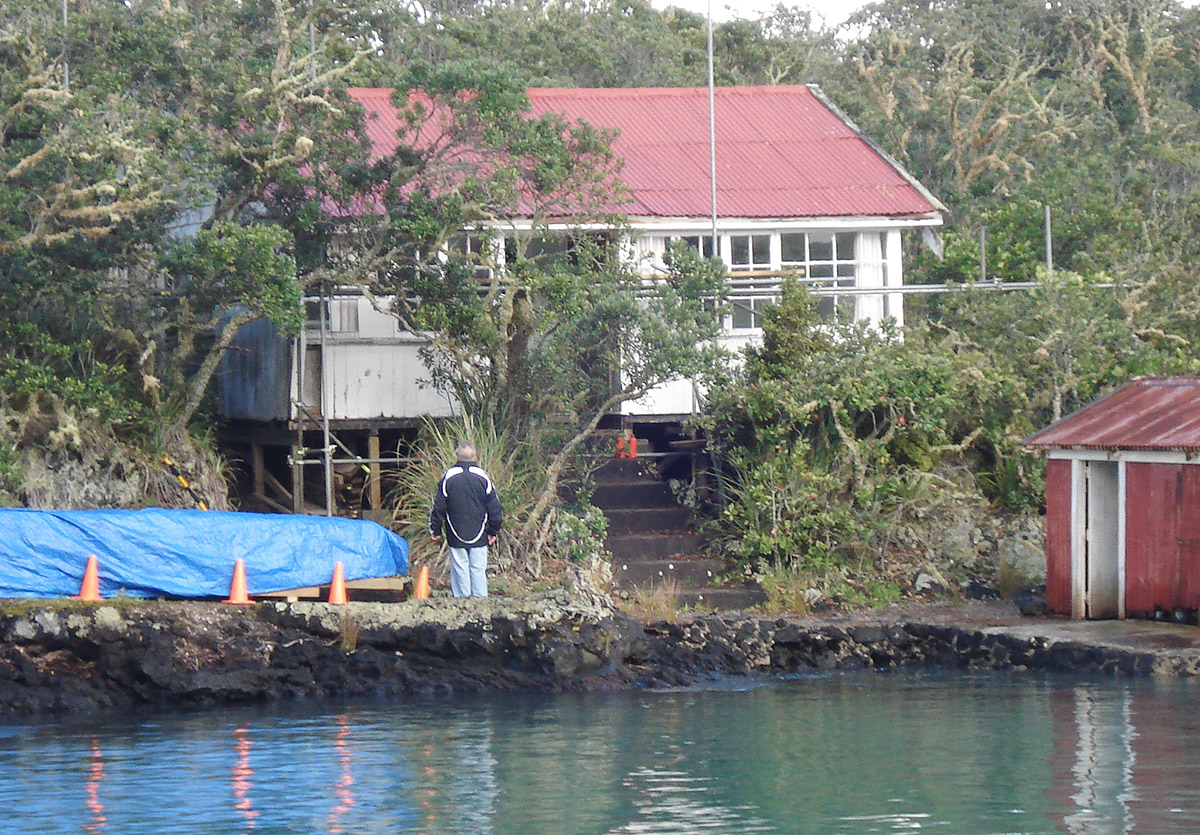 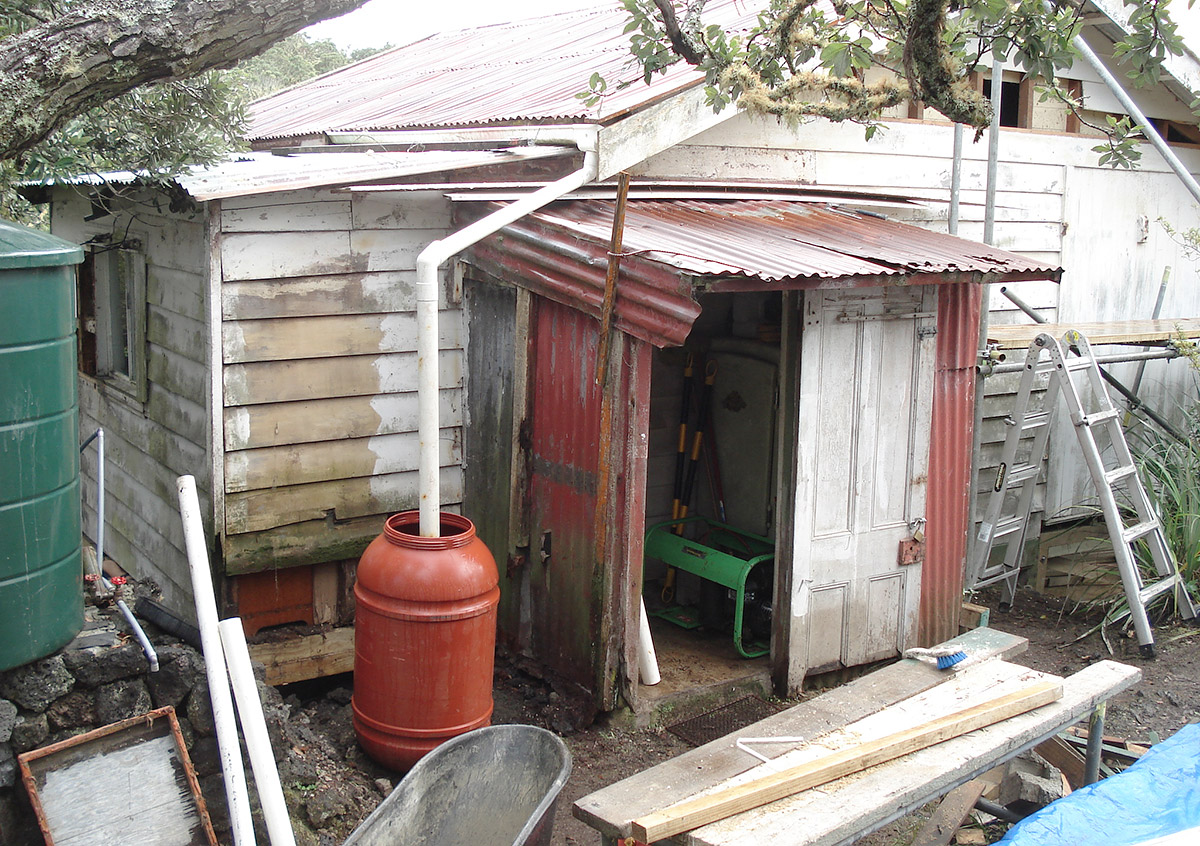 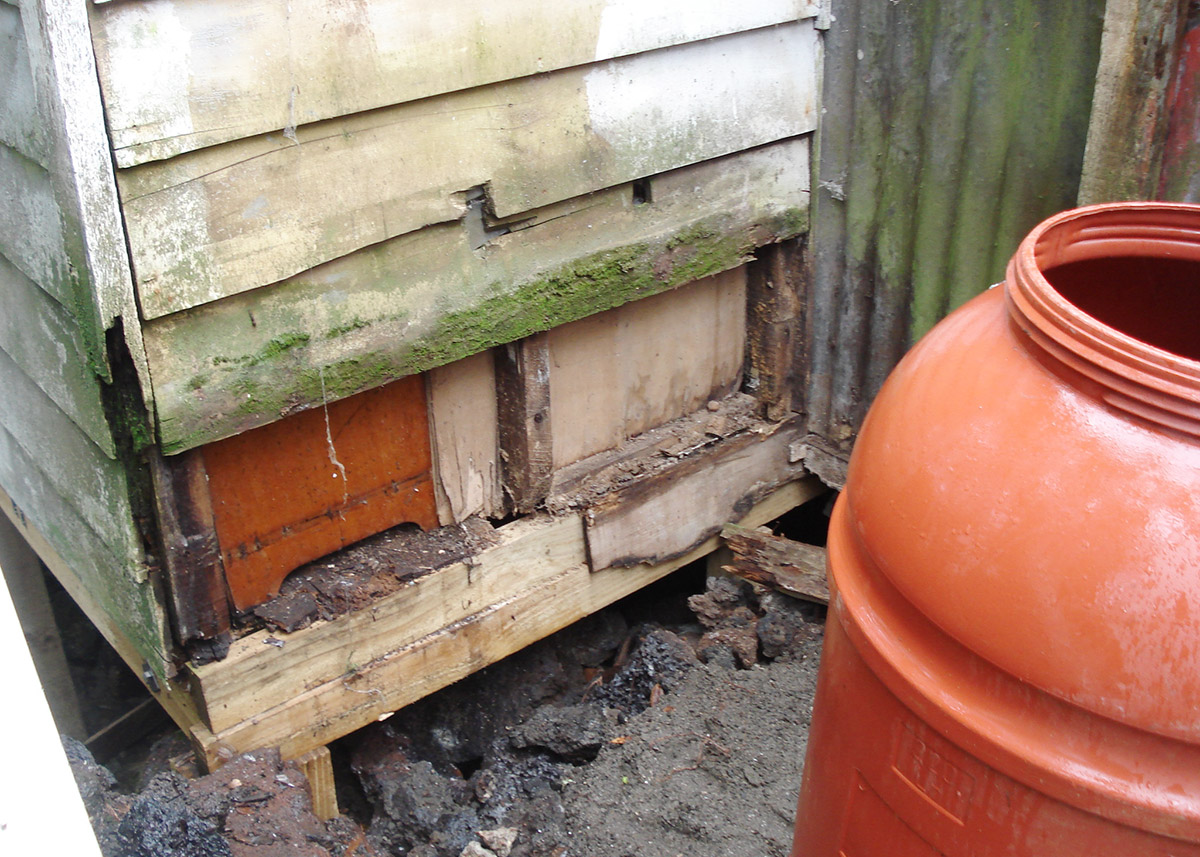 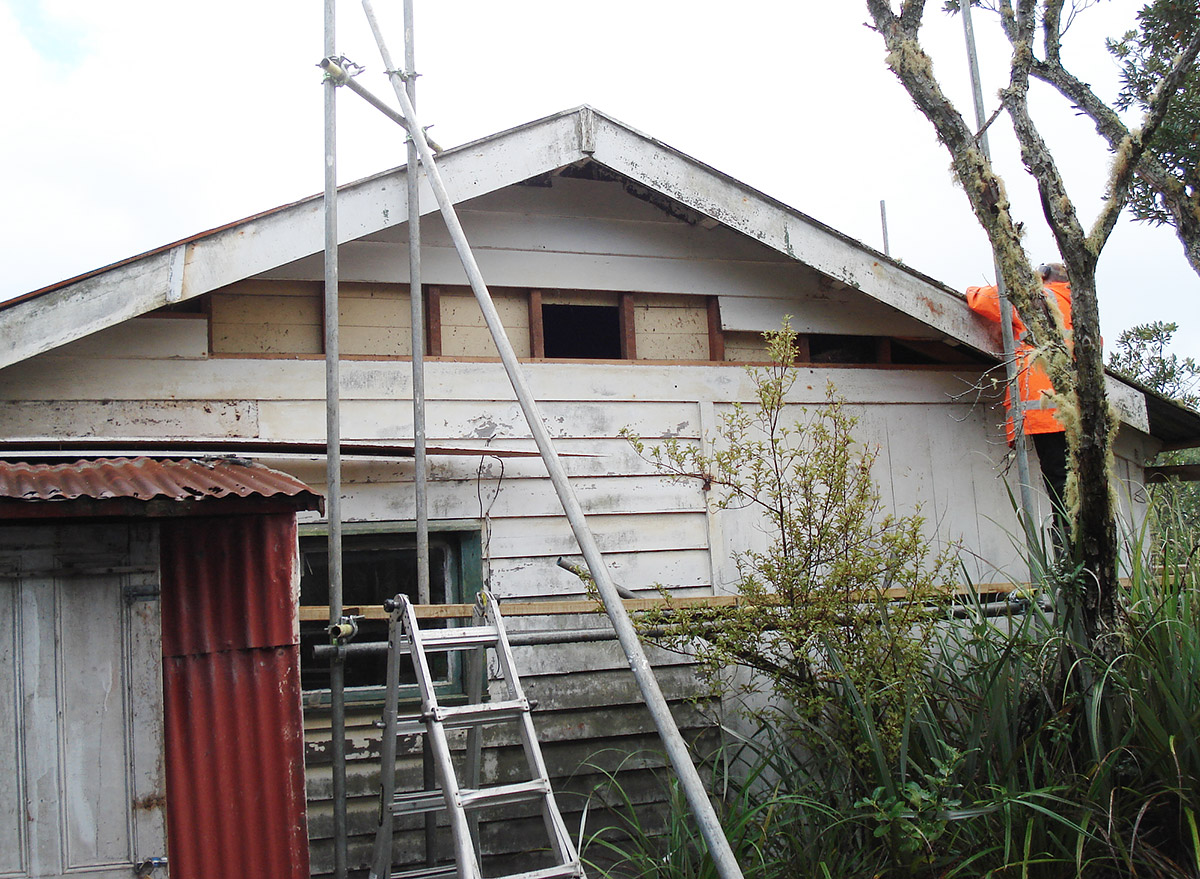 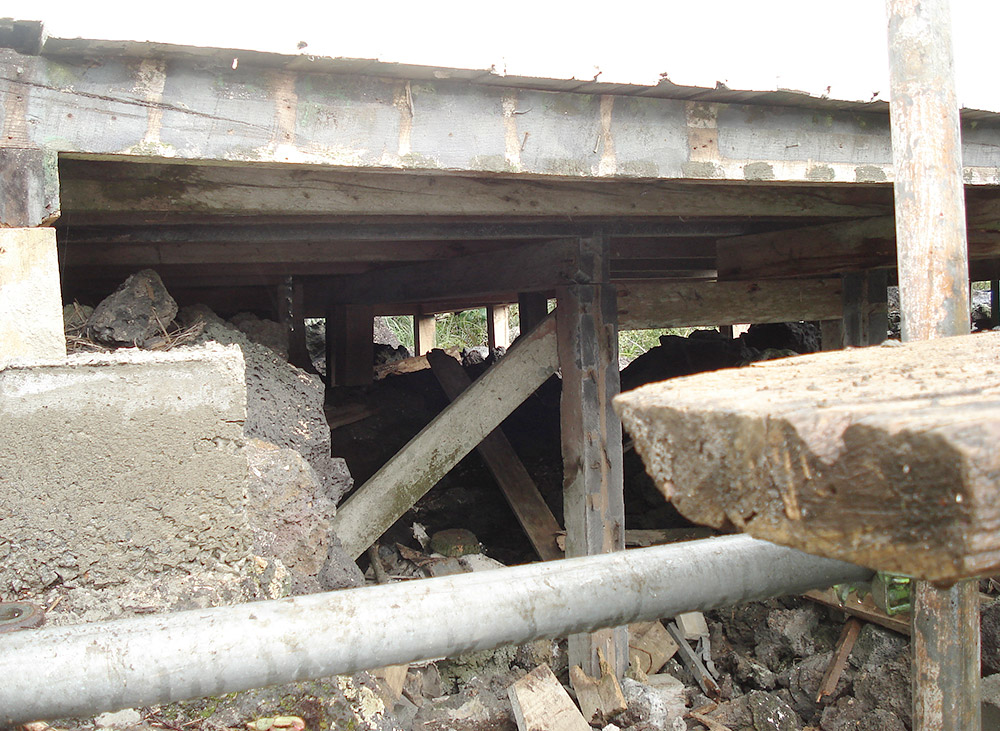 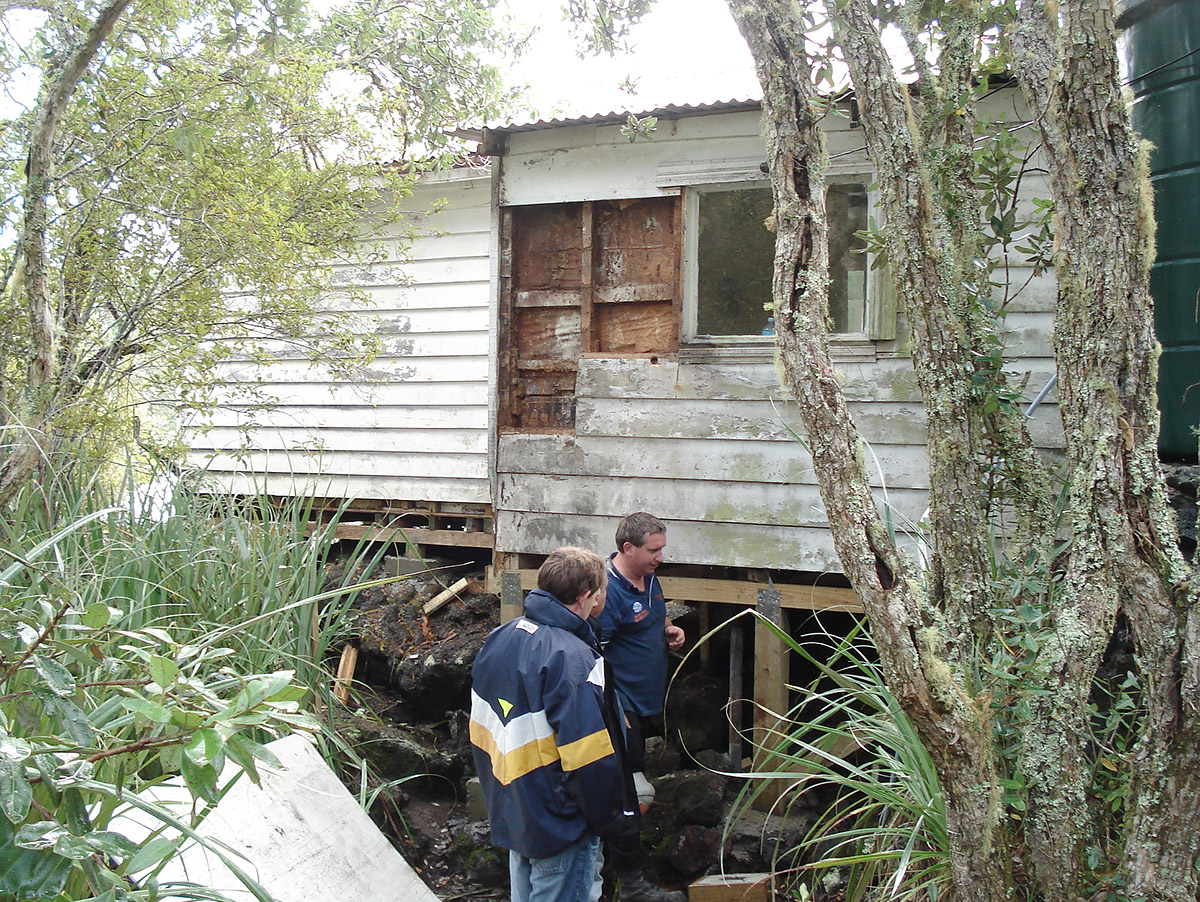 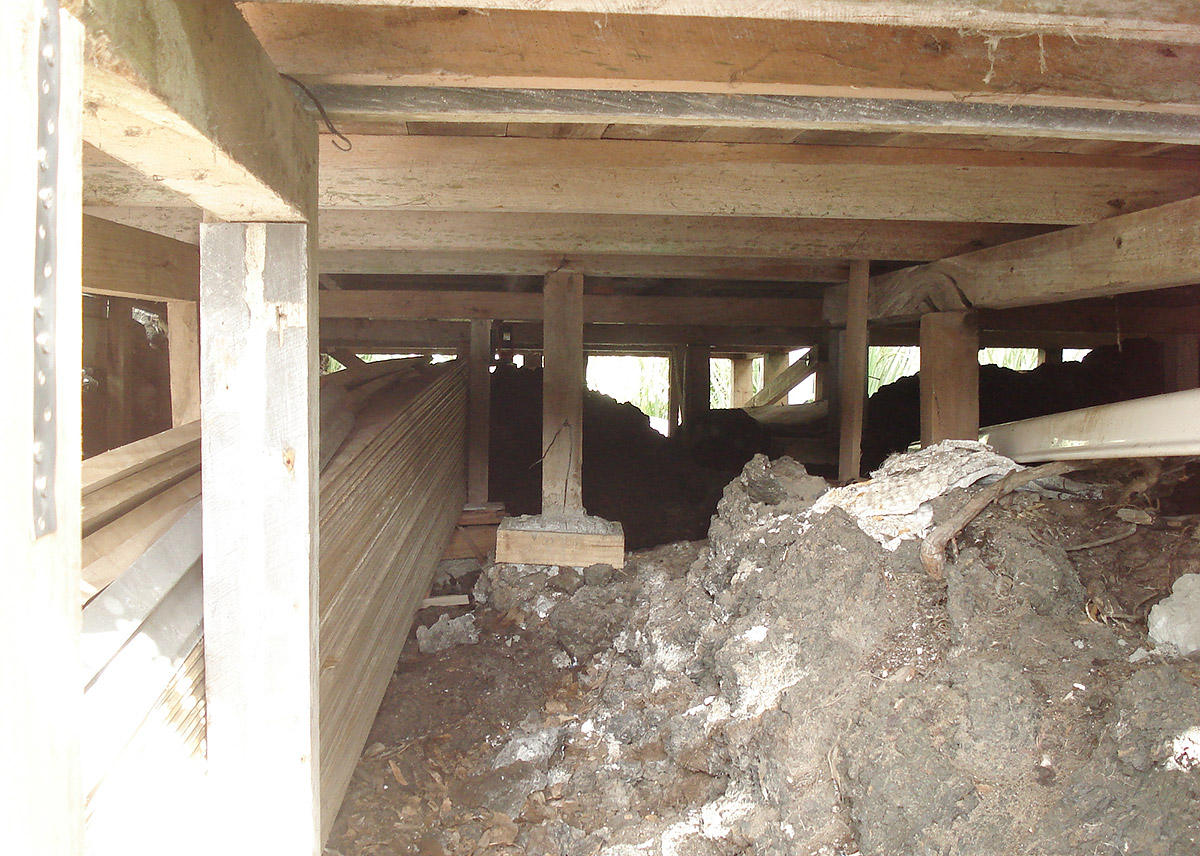 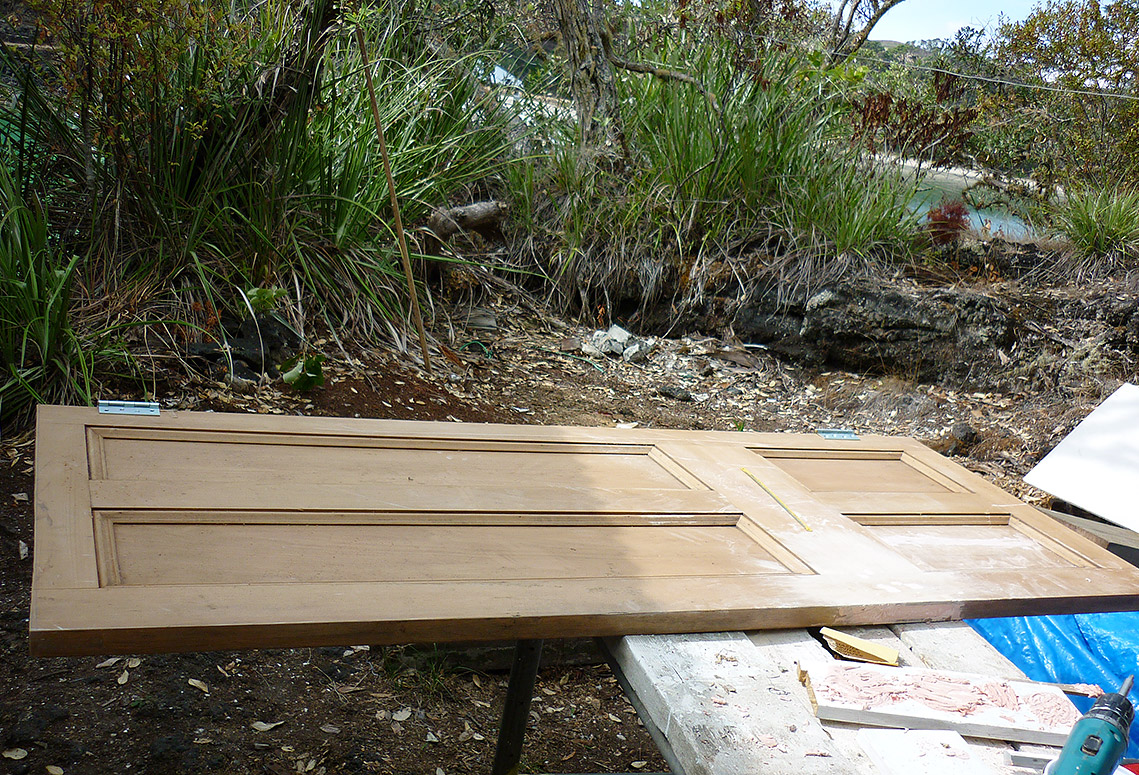 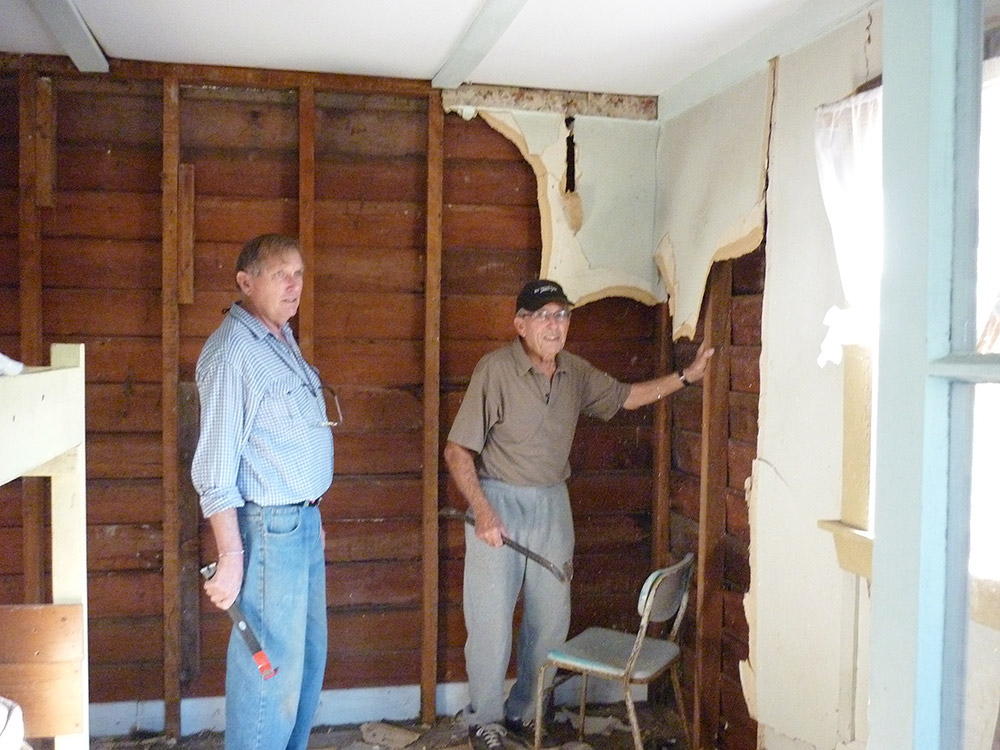 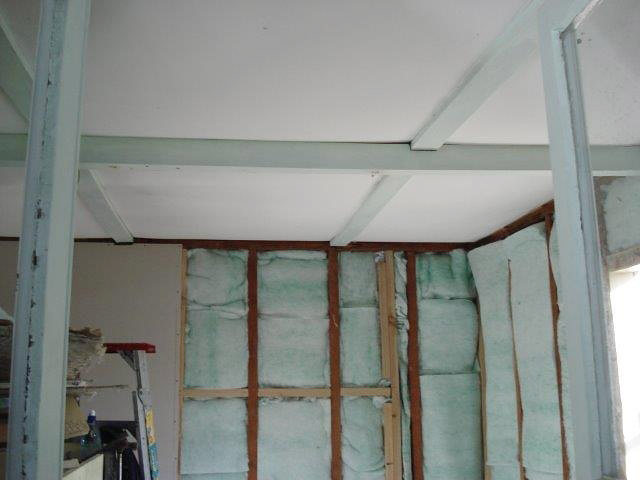 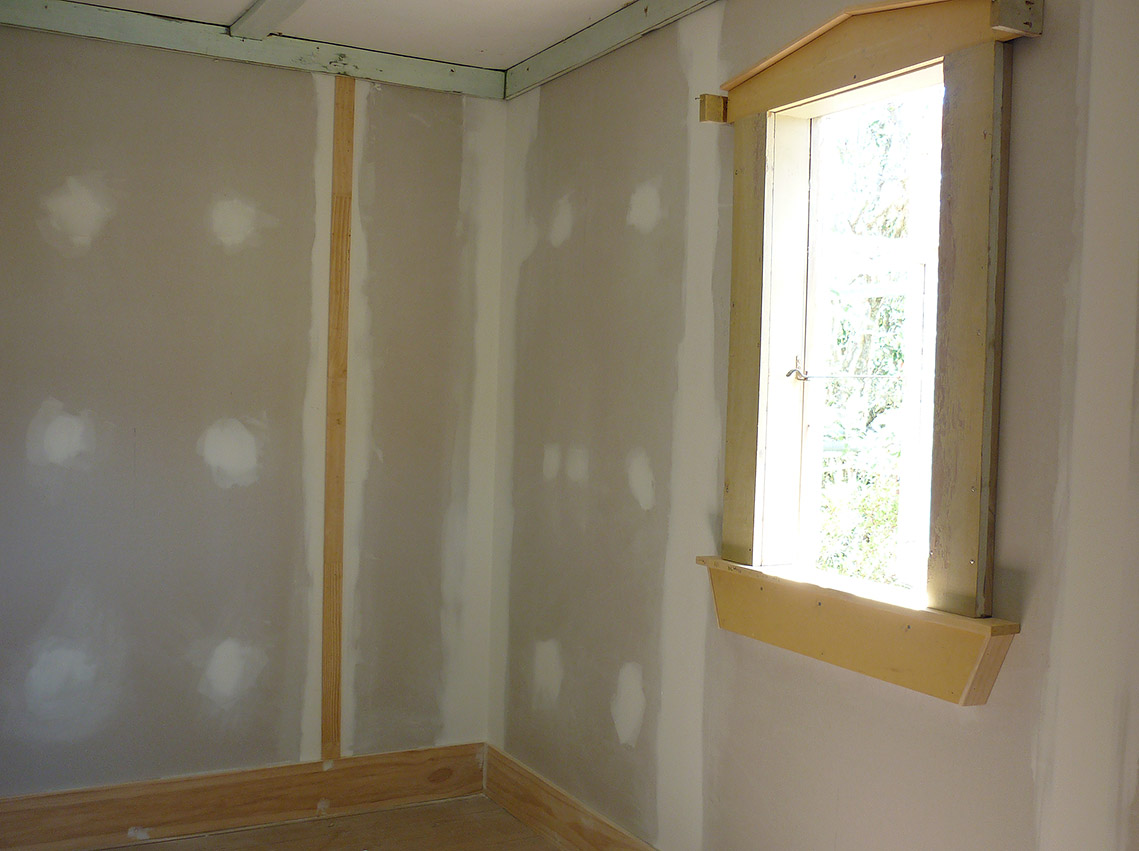 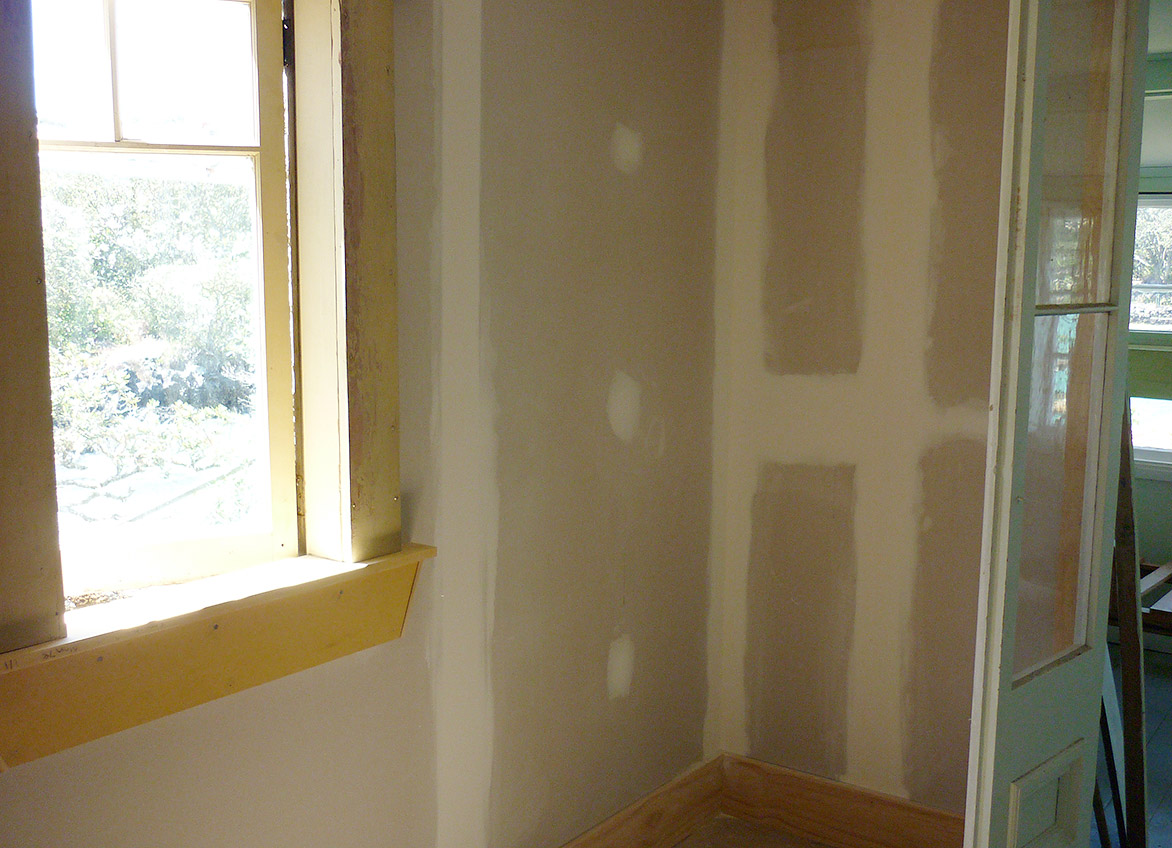 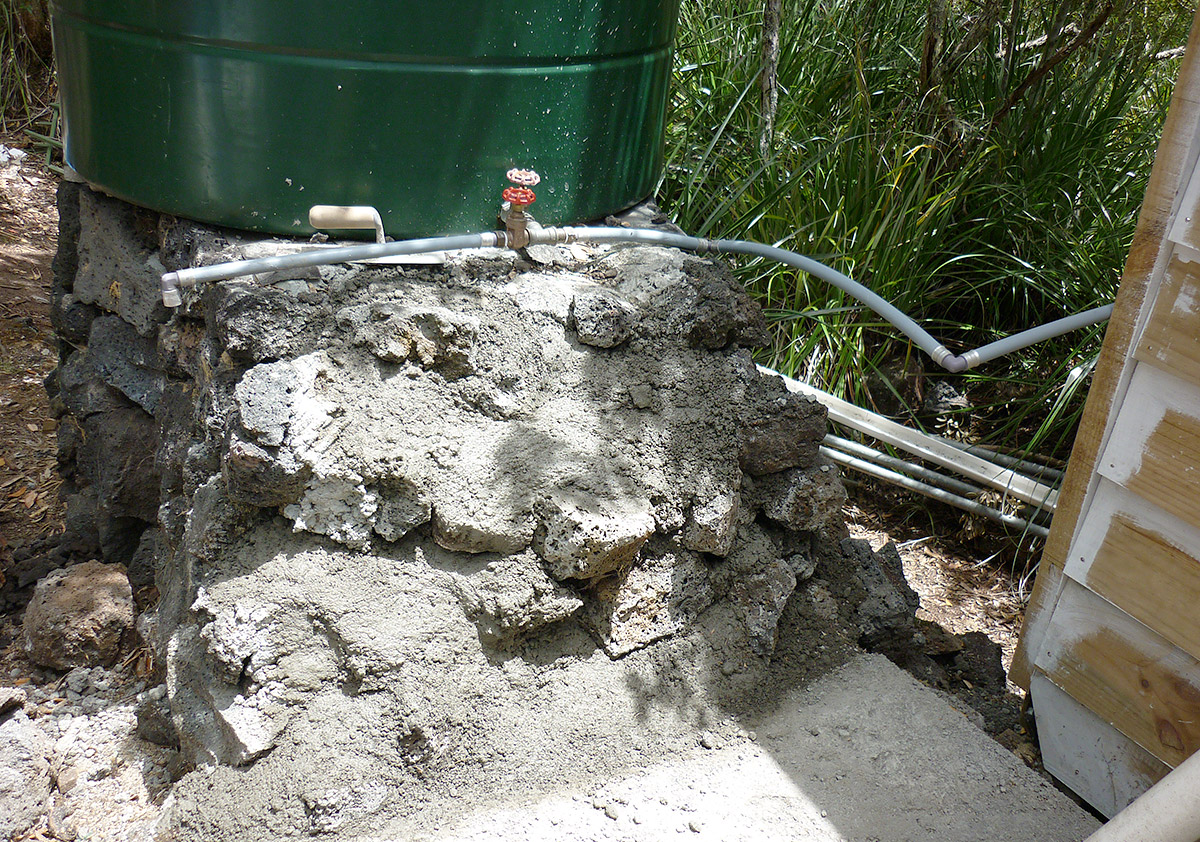 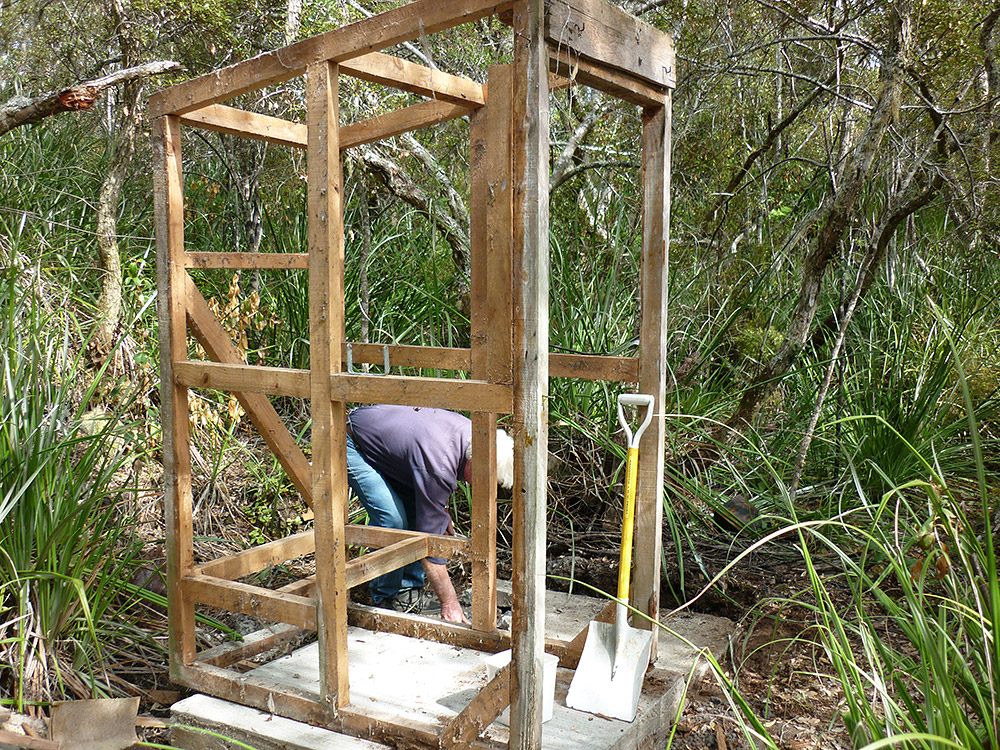 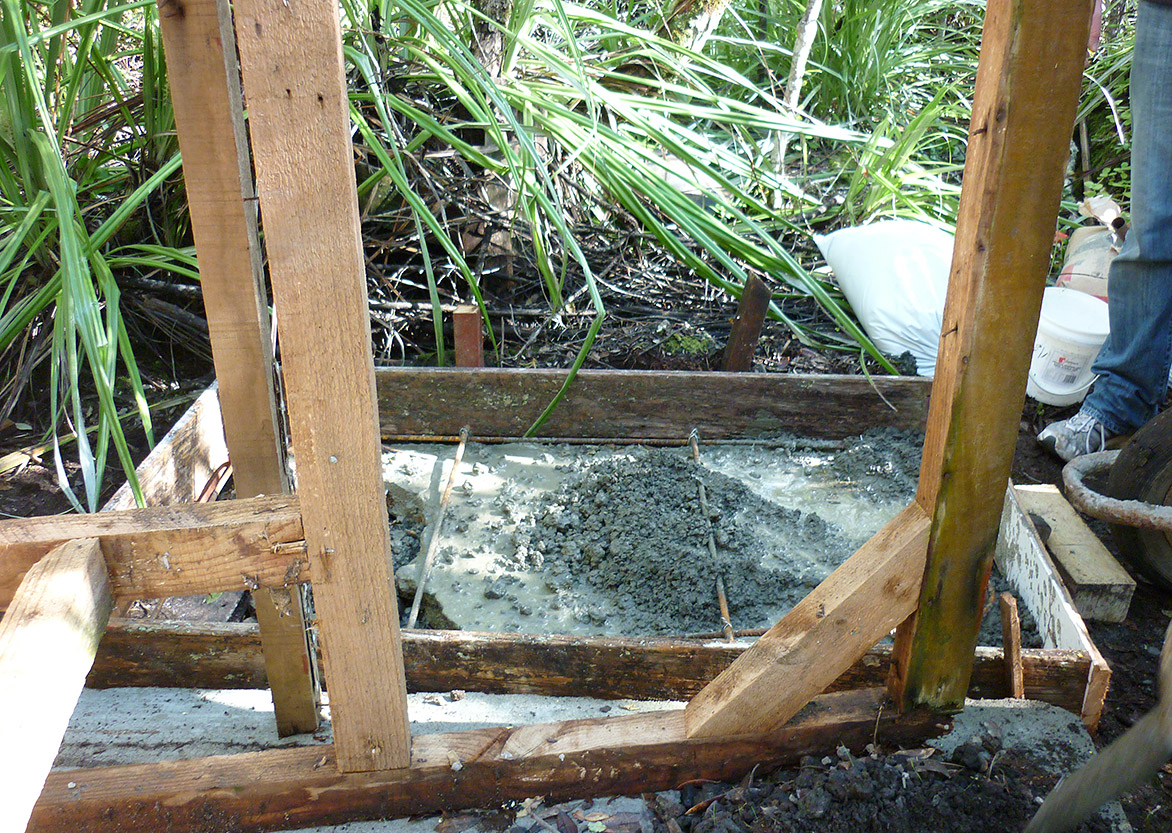 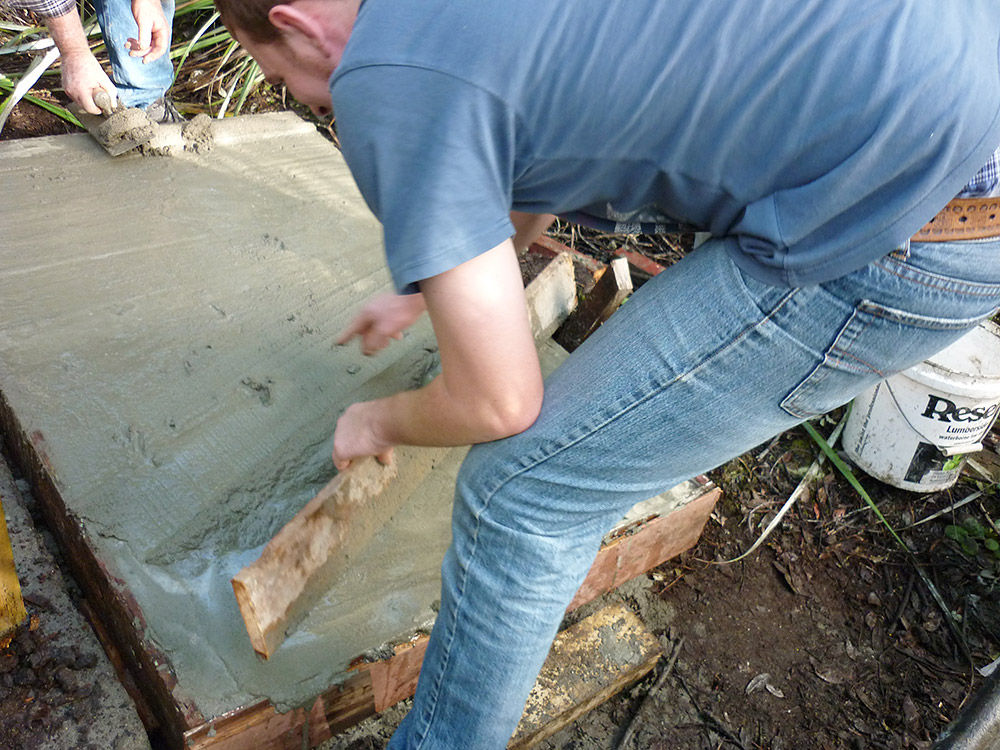 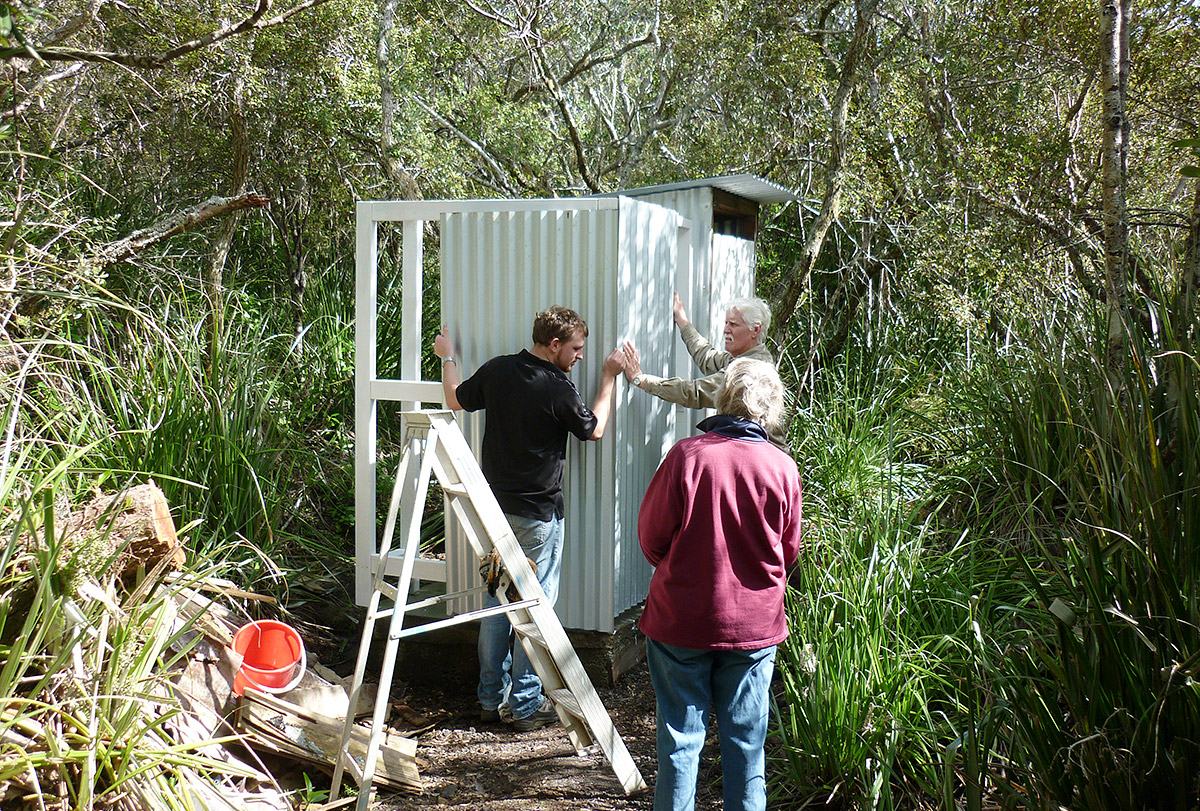 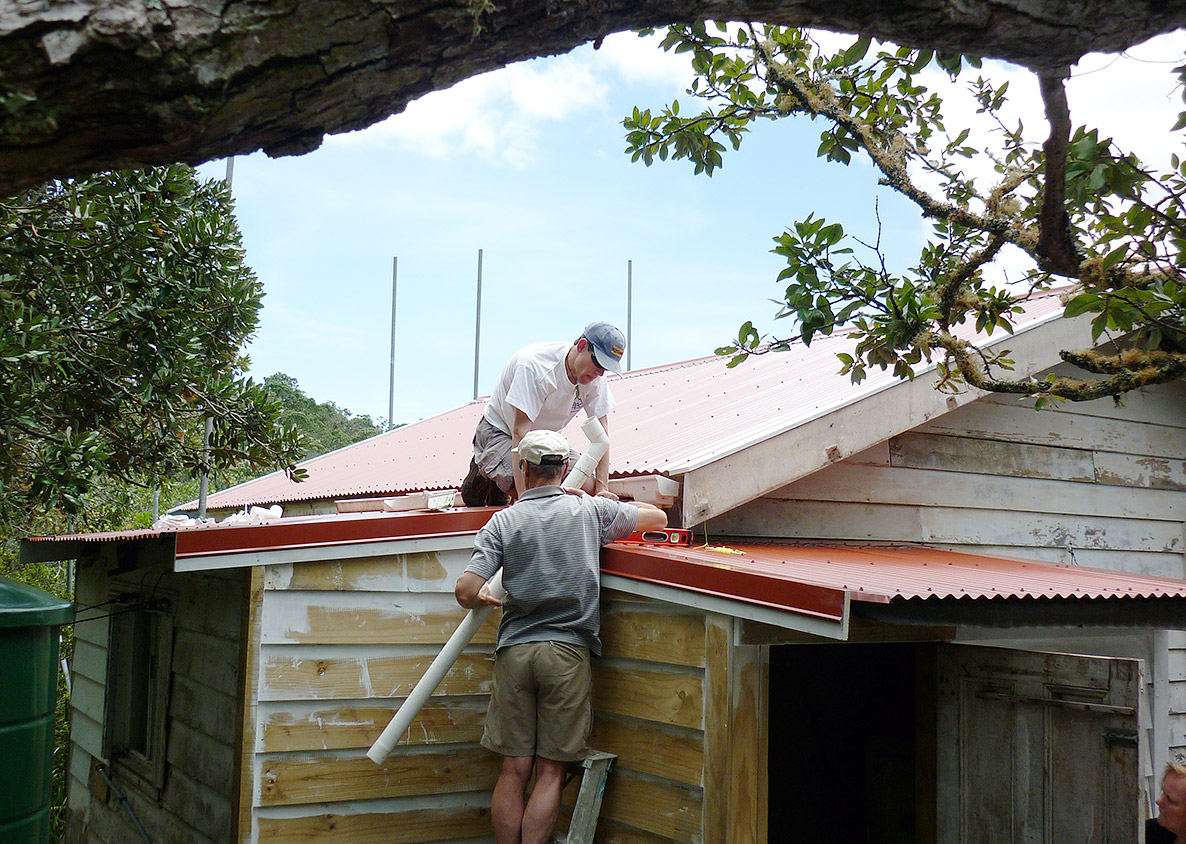 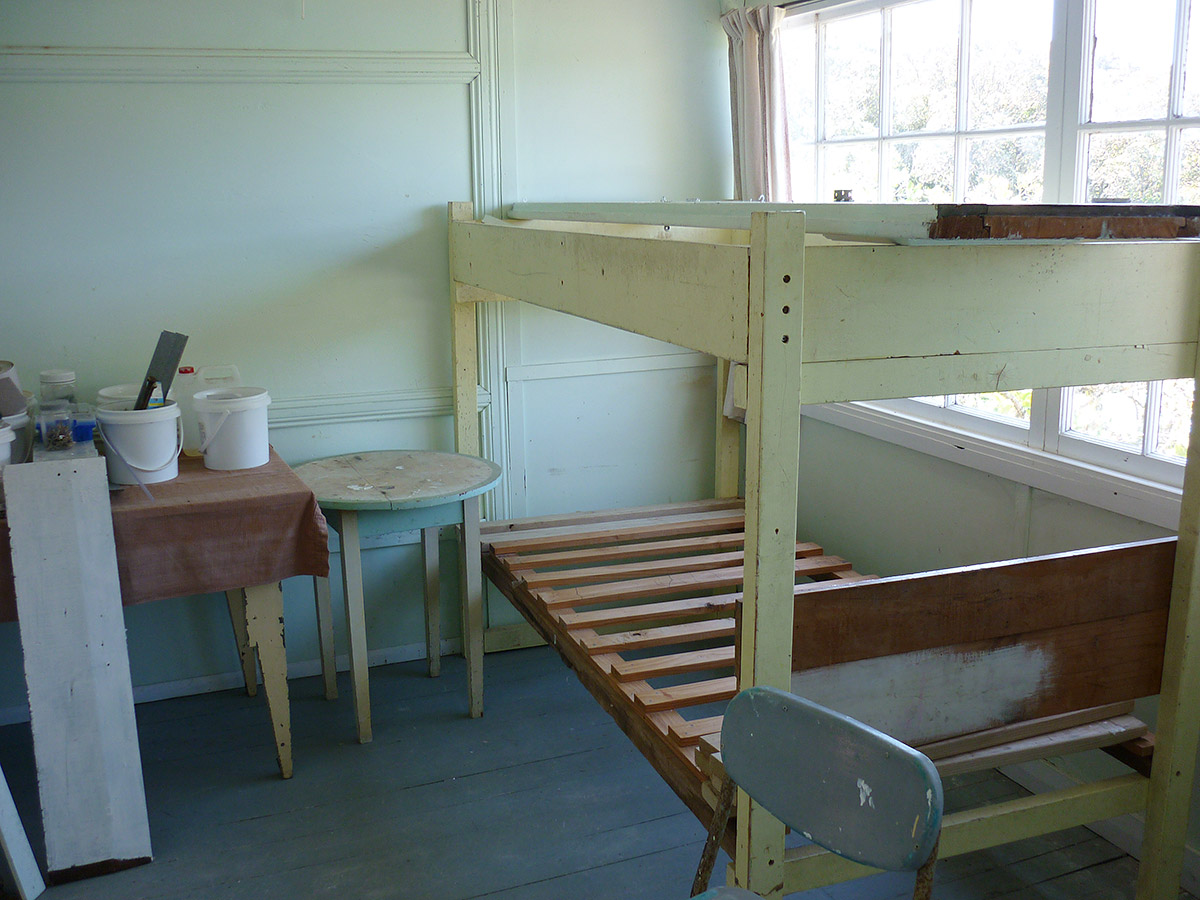